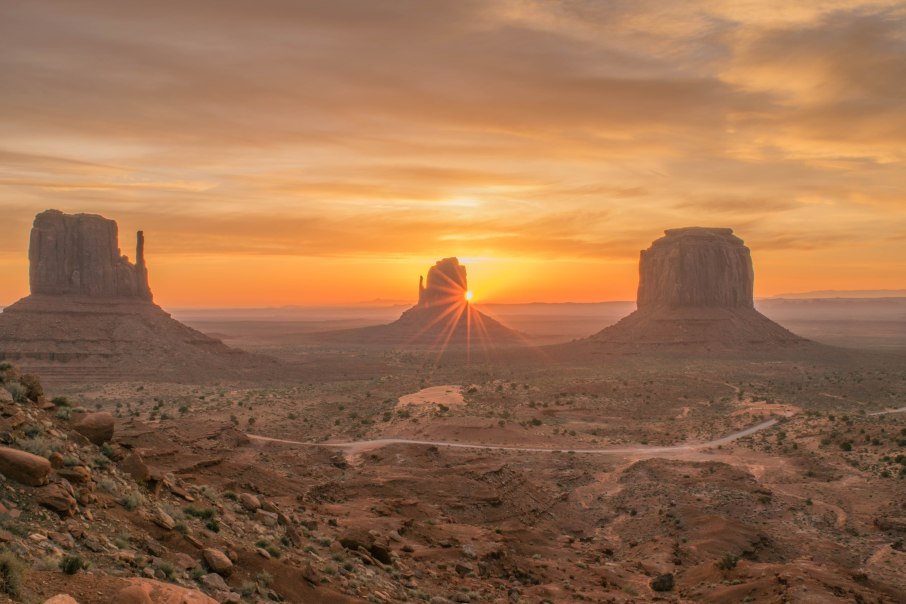 Yesterday we drove from Moab to Monument Valley. It was a long and boring drive but we stopped at the four corners monument. It was $5 per person to get in but it was fun to stand in four states at once. We stayed at The View hotel in Monument Valley and it really deserved its name. Our room had the most amazing view I’ve ever had from a hotel. We walked around the hotel and bought some souvenirs in the shop. The restaurant was the only one for miles so of course that is where we had dinner. We had delicious fry bread for an appetizer and I had fry bread pizza which was amazing and Kirk had the Pasole. We woke up early for the sunrise and it was an even more incredible view. After that we had the breakfast buffet and made friends with a feral desert kitty. 10/10 would return to this hotel again. 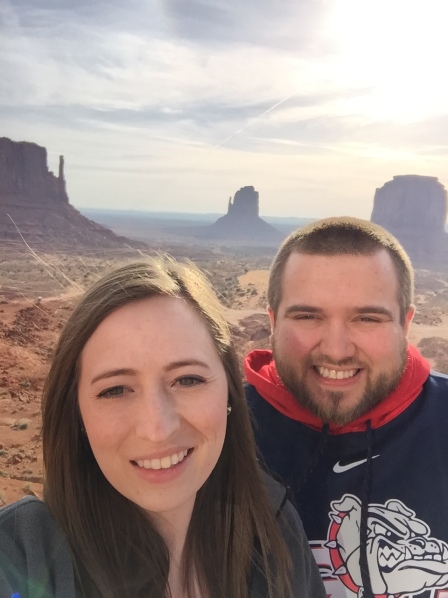